If you’ve even sniffed the housing market in recent months, you know how incredibly high home costs have risen. Data from the FRED Economic Research Team shows a massive spike in the average home sale.

Home prices have sky-rocketed so much, that the average buyer has to spend nearly three times as much on a home than 30 years ago.

That’s great news for sellers, but given the current housing shortage, this could cause real problems for Americans looking to find a new place to call home.

With those factors in mind, we tried to answer a simple question: Should you buy a home 2021? 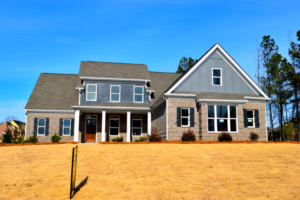 Buying a home has become increasingly difficult for many Americans due to many market factors.

The National Association of Realtors claims prices are increasing at the fastest rate in three decades and a large number of Americans are paying more than the asking price!

According to Forbes, housing availability is at an all-time low.

Given the hot market, it is especially tough for first time homebuyers. Fortunately, we’ve put together a helpful guide for first timers.

The amount of new construction has reached its highest point since before the Great Recession.

However, Americans may soon be able to cut some of the red tape associated with homebuying.

A bipartisan bill in Congress aims to award $5 billion in federal grants and tax credits to local governments that begin elimination exclusionary zoning rules and foster the development of affordable housing.

But, there’s no guarantee that the proposal will pass.

The housing market is as tumultuous as it has been since the Great Recession, however there are signs of light at the end of the tunnel.

Economists from Business Insider project home prices to stabilize in 2022, which will open up the market to new buyers.

Depending on the situation, it may be wise to wait things out until prices favor the buyer.

But, the thrifty homebuyer can still find deals — although they are few and far between.